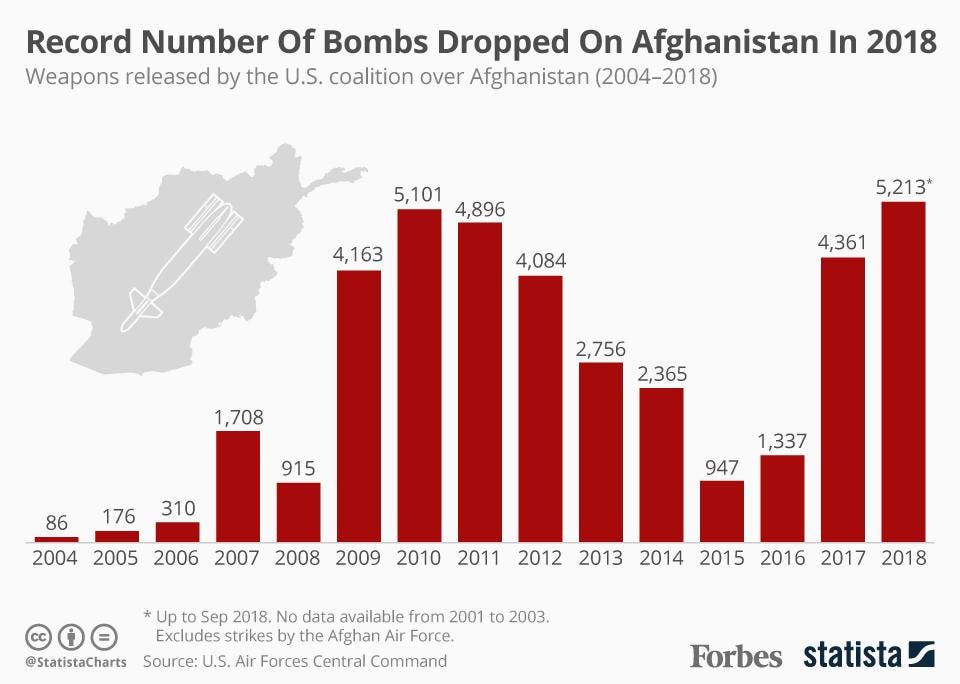 Even though the conflict has been making fewer headlines in recent years, the U.S. has never dropped as many bombs on Afghanistan as it did this year. According to U.S. Air Forces Central Command data, manned and unmanned aircraft released 5,213 weapons between January and the end of September 2018.

Previously, 2010 held the record for weapons dropped on Afghanistan with 5,101 releases recorded in total. That was a deadly year which saw 711 ISAF troops and 1,271 civilians killed. Towards the end of Obama’s presidency, the number of bombs dropped declined with 947 instances in 2015 and 1,337 in 2016. Since President Trump announced a new Afghan strategy last August and committed more troops to the country, the number of bombs dropped by the U.S. coalition has surged dramatically.

This site uses Akismet to reduce spam. Learn how your comment data is processed.

What we urgently need now is a rethinking of the entire concept of security. Even after the end of the Cold War, it has been envisioned mostly in military terms. Over the past few years, all we’ve been hearing is talk about weapons, missiles and airstrikes… The overriding goal must be human security: providing food, … END_OF_DOCUMENT_TOKEN_TO_BE_REPLACED